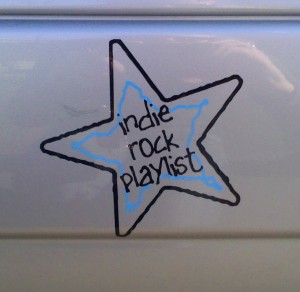 Alternative music has changed. It’s not alternative, it’s mainstream, which is fine but… I miss MTV’s Alternative Nation. When you’d get to see a video and hear music from a band none of the radio stations were playing… yet. If you stayed up and watched it, you knew what was up in the music everyone would soon embrace.

Well MTV is gone, it’s just some other channel with the same name, so where do we get the music no one hears but should? The Indie Rock Playlist. I’m a huge fan. Yes, indie rock is the new alternative. Every single month they release about 200 songs from obscure artists from many genres. Indie rock has become a fairly wide type of category.